30 years ago today Willie (William) Patrick Bermingham died at the age of 48.  He was self-described as a family man, a proud Firefighter with his colleagues Dublin Fire Brigade and founder of A.L.O.N.E. (A Little Offering Never Ends).  In his last weeks, he called his good friend Dean Victor Griffin of Saint Patrick’s Cathedral from his hospital bed to ask if he and the Cathedral could proffer the last honours making it his last destination before burial.  This was for a number of very important reasons:

In his last interview on RTENews Willie spoke to Colm Connolly about his hopes for the future.  Willie said he hoped that there would be no need for A.L.O.N.E. – that the people in our society would pick up the mantel and carry on reaching out to those who are the most vulnerable, lonely, alone or in need.  His wife Marie, and ‘Man-Friday’ journalist / Photographer, Liam O’Cuanaigh continued the work of A.L.O.N.E. following his death for a number of years.  30 years on we are witnessing that movement, that living legacy, as individuals throughout the community do exactly as he had wished.  The attached images are courtesy of Marie Bermingham and family. 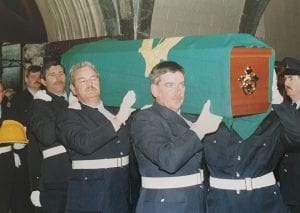 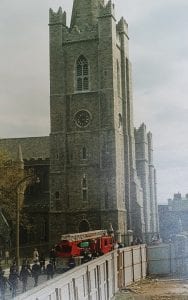 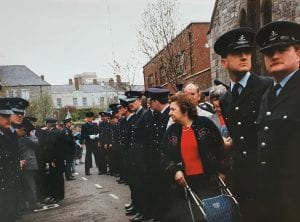