Saint Patrick’s Cathedral is delighted to announce plans for an art installation to coincide with the centenary of the end of World War One. It will feature 30,000 messages which have been left at the Tree of Remembrance (pictured below) by visitors to the Cathedral since July 2014. These messages will be hung from the Cathedral’s ceiling and will be on display for 2 weeks at the start of November 2018. Each leaf symbolises one Irish man or woman who was killed during World War One. The Cathedral is hoping to recruit volunteers to help with the creation of this new installation. 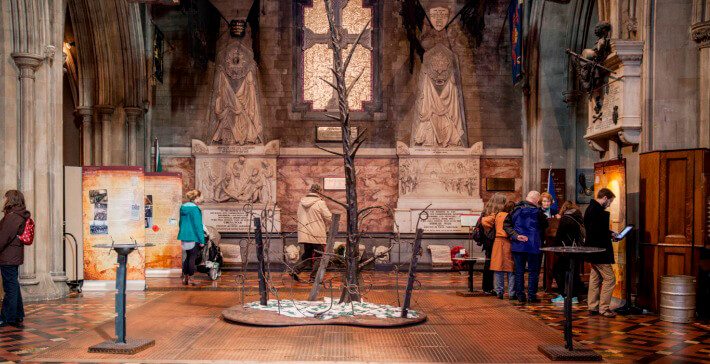 On the 28 July, 2014, The Tree of Remembrance was added to Saint Patrick’s Cathedral. The date coincided with the 100th anniversary of the outbreak of World War One which was one of the most destructive wars in Irish history. The Tree was inspired by the barren and desolate battle fields of World War One. Despite being inspired by World War One it was designed to be used as an interactive platform for personal remembrance. Visitors to the Cathedral are invited to leave a message on or near the tree for someone who has been affected by conflict. These messages range in content; some are written in memory of those killed in wars in the past while others reflect upon conflict occurring in our world today. The messages are written in a variety of different languages and are written by visitors from all over the world. The messages are written on pieces of card in the shape of a leaf. The leaves which are added symbolise the return of life and hope to an otherwise barren and bleak tree.

By November 2018 the Cathedral predicts that it will have received around 220,000 leaves. By chance, this figures matches the number of Irish men and women, who most historians agree, fought in World War One (July 1914- November 1918). As the 100th anniversary of the end of World War One approaches the Cathedral is preparing events to mark this important occasion. 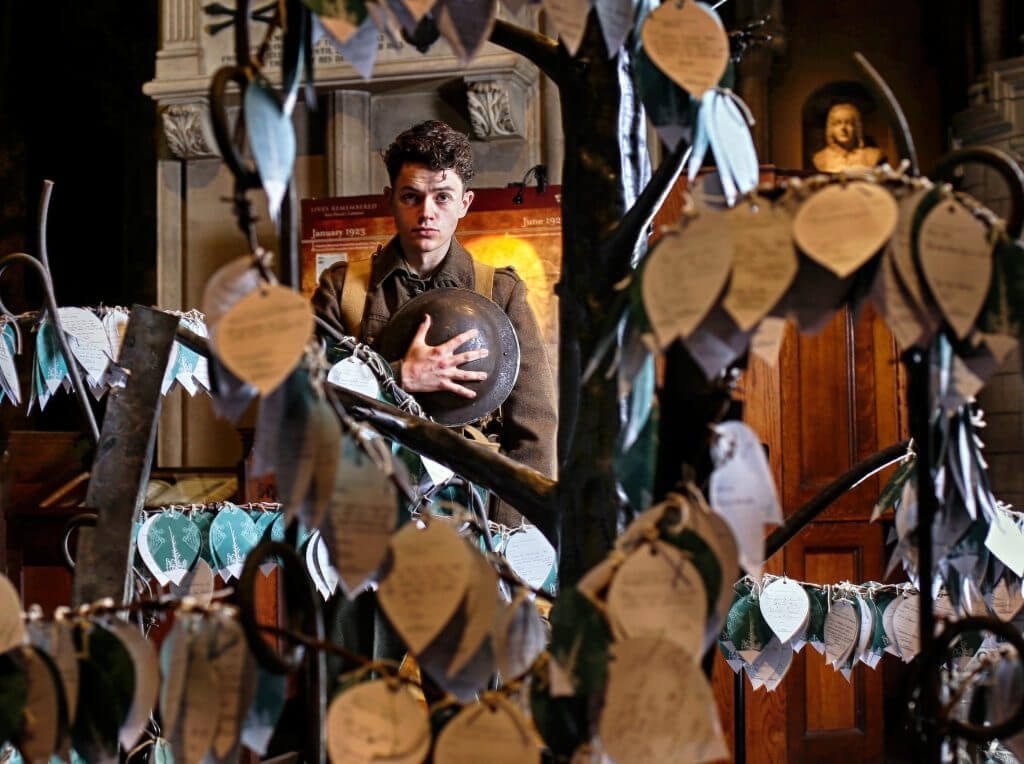 Between July and November 2018 the Education Department will lead the development of this installation. 30,000 leaves will be strung with transparent wire so that they can be hung within the Cathedral. This work will be relatively straight forward to carry out but extremely time consuming. It has been estimated that approximately 300 hours worth of work will be required to carry out this piece of the project.

How can you help?

The Education Department is asking for support in order to deliver this project. Volunteers will meet on one afternoon per week, between 14.00 and 16.30 to work on stinging these leaves with transparent wire. No prior experience/ knowledge is required but this activity may suit those who enjoy knitting, needlework, sewing or other related activities. The Cathedral will provide some refreshment each evening along with an opportunity to meet new people and engage in an exciting project. Simply contact Andrew or Ciara in the education department on 01-4539472 or email education@stpatrickscathedral.ie to get involved! All welcome!